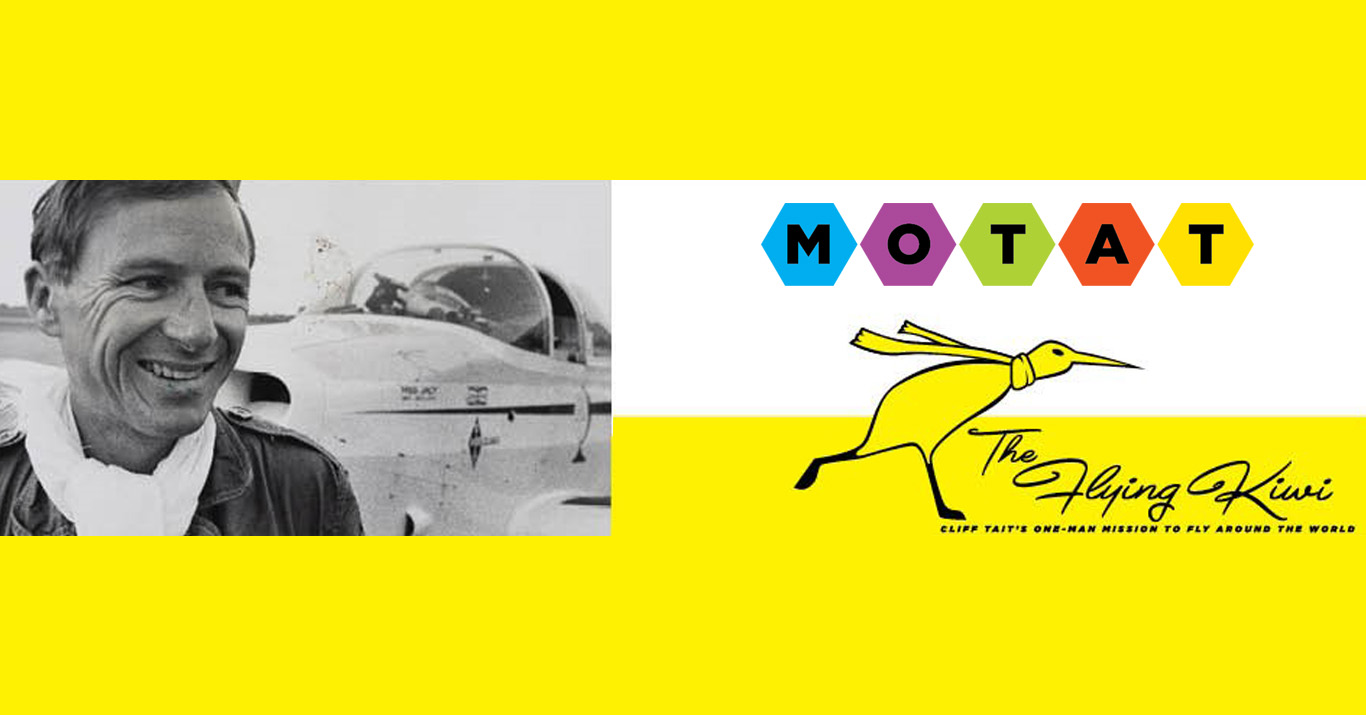 In 1969 as an intrepid and tenacious Waikato salesman, Cliff Tait made it his one-man mission to be the first to fly around the world in a tiny New Zealand made, single engine Airtourer aircraft fondly named “Miss Jacy”.

With only 80 hours of flying time logged prior to take off, Cliff was most certainly an ‘amateur’ pilot in every sense. Many within the aviation community were anything but supportive of this brave endeavour and Cliff would go on to describe the biggest challenge in his journey as not being the flying but the bureaucracy and resistance he faced on the ground.

Thankfully Cliff was tenacious and passionate about ‘selling New Zealand’ to the world and with legendary kiwi grit and determination he completed his journey in just 81 days, (just) in time to honour his promise to be home in time for the 17th wedding anniversary to his devoted wife Joyce.

MOTAT is celebrating the 50th anniversary of his successful flight by mounting an exhibition to showcase the courage, determination and passion shown by this “normal kind of Kiwi bloke”. The exhibition is targeted at school aged children and MOTAT has had the honour of working closely with Cliff and his wife Joyce on curating a special selection of very personal items for display.